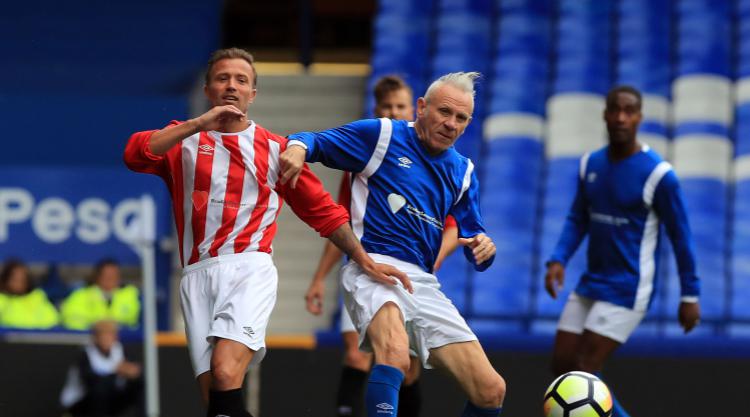 A charity celebrity match in aid of the Bradley Lowery Foundation and Everton in the Community finished in a fitting scoreline as t he Lowery Legends defeated Bradley's Blues 7-3 at Goodison Park.

Sunderland fan Bradley died in July aged six after a brave battle against the rare childhood cancer neuroblastoma which captured hearts across the sporting world,

And fellow Black Cats fan Chris Hughes, who was on television show Love Island, said: "I think it's a fitting scoreline 7-3, because (1973) is the year the Mackems won the FA Cup so that was fitting for Bradley."

Alan Stubbs, who played for both Everton and Sunderland during his career, added: " A big round of applause must go to everybody who turned up today to support a fantastic cause. He was such an inspirational boy.

"Unfortunately I don't think there were any inspirational performances on the pitch, but it wasn't about that today."

Former Wolves midfielder Jamie O'Hara, who scored a hat-trick for the Lowery Legends, added: " It was nice to get a few goals and the win but the real winners today is everyone that's come out and supported Bradley.

"This is amazing, incredible support and you should all be proud of yourselves."