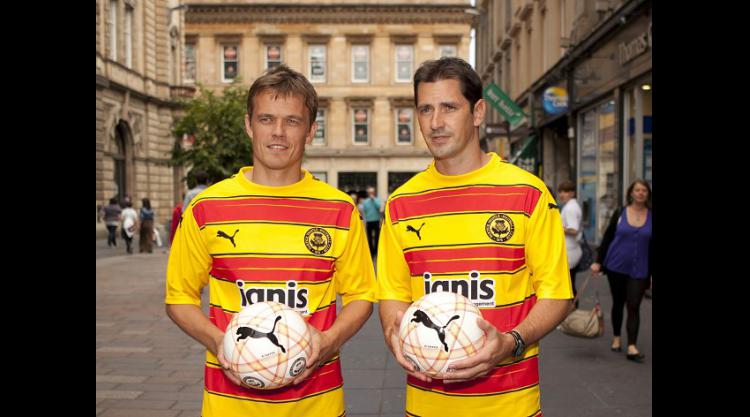 The United boss cannot wait to savour another fiery derby atmosphere so soon after he won his first City of Discovery clash since taking over in their recent Scottish Cup quarter-final victory at Dens Park.

McNamara knows there is plenty at stake for both clubs as his own side chase a top-six place, while bottom club Dundee continue their bid to avoid relegation.

But the former Celtic and Scotland international is urging his men not to let the occasion get the better of them.

He said: "It's another massive game.

"The atmosphere has been building up all week and we know what it means to so many people.

"But it's about keeping as calm as possible and trying to make sure we do the right things.

"There will be no shortage of motivation on our part, but we have to be composed and try to play the way we can."

McNamara praised his players for digging deep to win the last derby thanks to Gary Mackay-Steven's wonder strike, which secured their place in the Scottish Cup semi-final against Celtic.

But he knows that will have no bearing going into Sunday's lunchtime clash at Tannadice.

He said: "It was obviously good to win the last one.

"But that won't mean anything as far as Sunday's game is concerned.

"This will be a totally different 90 minutes with other issues at stake.

"We can take confidence from that win but we will still have to work extremely hard to overcome what will be a very determined Dundee team."

United skipper Jon Daly is struggling with a groin injury, Brian McLean has a hamstring problem, while Johnny Russell and Gavin Gunning are long-term injury victims and Willo Flood and John Rankin are both suspended.

Recent recruit Rory Boulding looks set to make his derby debut after recently signing until the end of the season.

Dundee manager John Brown insists his players are raring to go as they attempt to end their derby jinx.

The Dark Blues have lost all three previous derby matches this season and this may be their last chance to salvage some pride against city rivals United.

Brown believes it is time they changed that unwanted trend and detects an inner determination within the Dens Park camp to come out on top in this weekend's televised match.

Brown said: "It's not a record we're proud of.

"We have taken a few beatings this season which is never nice against your local foes.

"We have this great opportunity to try and do something about it and hopefully they can take it come Sunday.

"We know what is at stake for the club and that's why we're 100 per cent focused going into the game.

"The lads are in decent spirits going into the game and have been working hard recently.

"I'm just asking them to give their all for the club and I can feel they're ready to do so."

Brown was happy with their fighting spirit in last weekend's 1-1 home draw with Inverness and has demanded they show more of the same on Sunday.

He said: "Derbies are always about giving it your best shot.

"They can come down to who wants to win it most so we have to be prepared to dig deep.

"We battled really hard in our last game and we need to be just as committed in this one."

Dundee will hand a debut to new goalkeeper Steve Simonsen who has signed until the end of the season as Rab Douglas continues to struggle with a thigh injury.