Familiarity breeds contentment for Rodgers after Celtic paired with Astana 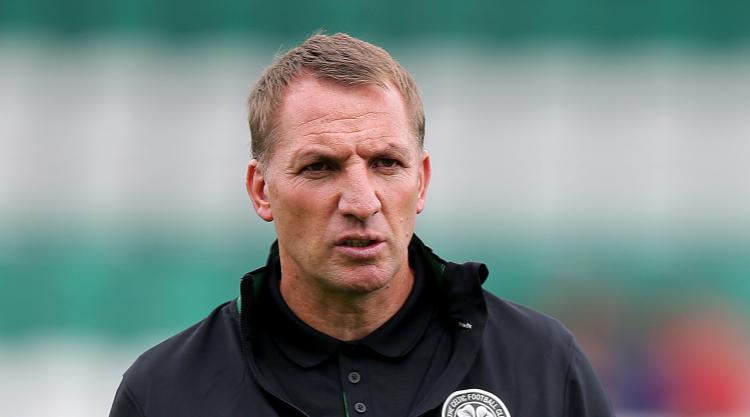 Boss Brendan Rodgers welcomed the familiarity of recent foes Astana after Celtic were drawn against the Kazakh side in their Champions League play-off.

The Hoops beat the Kazakhstan champions in last season's third qualifying round 3-2 on aggregate.

The fixtures are reversed this year with the first leg at Celtic Park on Wednesday, August 16, and the return six days later.

Rodgers, who confirmed defender Erik Sviatchenko will miss the ties as he will be out "probably up to six weeks" with a medial ligament injury, declared himself "happy" with the pairing.

"The beauty for us on this one is it is not the unknown," said the Northern Irishman.

"We played them last year and qualified so we know what it is like out there; hotel, AstroTurf pitch, virtually the same players.

"It will be as tough as last year but we look forward to it and will be ready for it."

The Celtic squad will again have to undertake a seven-hour flight with a five-hour time difference and Rodgers will stick with last year's preparations.

He said: "We stayed on British time because obviously there is the time difference which can really throw you.

"I have done it in the past, we stayed on British time to keep our body clocks the same.

"Some of our staff outside the football stayed on the time in Astana and they actually felt it would have been better to stay on the British time.

"You are not sure if you are having your dinner or breakfast but it certainly helps you.

"You couldn't really do it over a sustained length of time but when it is only a short trip, to throw your body out sometimes isn't ideal.

"We did last time and it worked well for the players."

Celtic begin the defence of their Ladbrokes Premiership title on Saturday against Hearts, who will have Jon Daly in interim charge following the departure of head coach Ian Cathro.

The 31-year-old, who was in his first managerial role, was sacked on Tuesday following the Jambos' Betfred Cup exit after seven months in charge.

Rodgers revealed his empathy for Cathro and questioned the recruitment policy at Tynecastle.

"I have real empathy with Ian," he said.

"He had some excellent jobs, particularly in Europe, and then came back to Newcastle.

"So he is obviously no fool and obviously a very good coach.

"He was given the trust of the board and the people there at Hearts to take on the job, and I am sad for him that he hasn't been given the opportunity really to do it the way he wants to do it.

"For me, watching the team over the course of his period there, it always looked a little bit confused in terms of what he wanted and maybe what other people wanted.

"If you play the style of football that I can see he is trying to coach but then I look at the types of players that are brought in, there is a mismatch. The players that come in have to fit the profile of what he wants to do and if they don't then they will have a mismatch.

"He is trying to play football and you are bringing in players who play a direct game. So it makes me ask about where the players are coming from or if they are his.

"What is important for him now is he learns from it. He will clearly go on and get another job, he is a very good thinker of the game.

"He will think about what he could have done better and take it into the next job, and that club will get a very good manager."