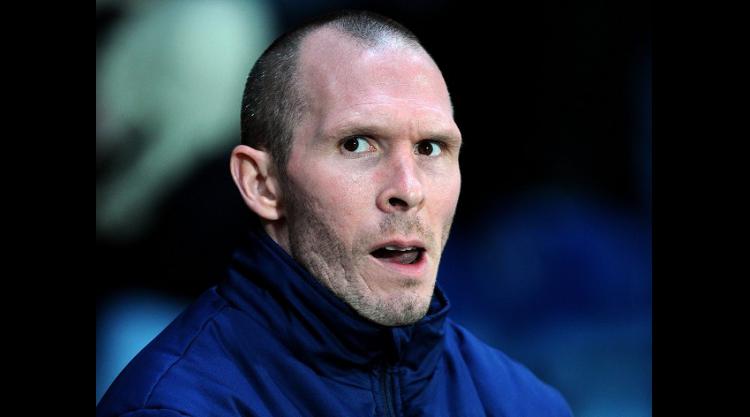 Blackburn manager Michael Appleton was aggrieved to watch Brighton leave Ewood Park with a 1-1 draw due to an equaliser scored outside the allocated period of stoppage time.

David Lopez was clumsily bundled over by Rovers substitute David Goodwillie in the box when five additional minutes had elapsed and the Spaniard picked himself up to convert the resulting penalty.

"The most disappointing thing - I've got to be careful what I say a little bit - is for 45 seconds the fourth official is screaming down his mic to the referee 'that's it, it's done, it's finished'," Appleton explained.

"So to concede after that is disappointing. Having said that, it was a silly challenge from David - he knows that - and it's cost us."

It was therefore galling for the former Portsmouth and Blackpool boss to hear fourth official Peter Wright urging Robert Madley to blow for full-time moments before the decisive incident occurred.

Scotland international striker Jordan Rhodes, one of the few success stories of a turbulent campaign at Ewood Park, netted a fifth goal in as many league matches with a spot-kick of his own to hand Blackburn a slender advantage on the stroke of half-time - just reward for a gameplan Appleton felt worked to perfection.

"We did look comfortable - that's the most disappointing thing," he added. "We controlled the game in terms of we knew exactly how Brighton play - there was a gameplan in terms of how we would set up and how we would deal with it."

Lopez's last-gasp leveller meant Brighton recorded their 12th draw from 28 Championship games - the highest number in the division and a statistic that manager Gus Poyet believes is undermining the promotion ambitions of his seventh-placed side.

"I need to make sure that we don't keep drawing and drawing because it's too many," said the former Chelsea midfielder. "Do you know how many games we've lost this year? From 28 we've played we've lost six and we are not in the top six. How? Because we draw too many. It's better from now on that we win one and lose one."