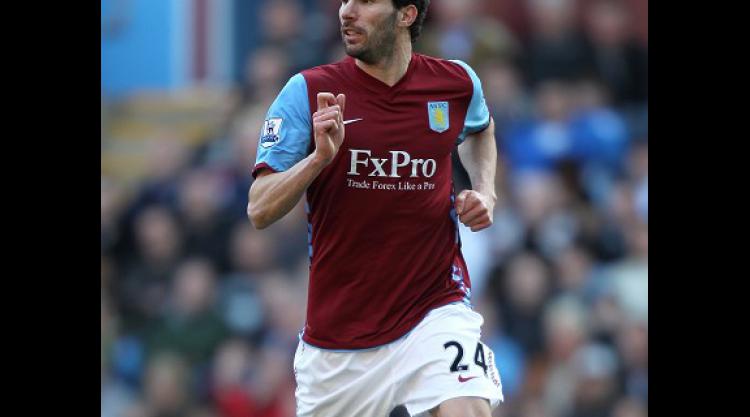 Aston Villa defender Carlos Cuellar is poised to return to full training after missing the start of the season through injury.

Cuellar underwent knee surgery at the tail-end of the last campaign and then a recent calf problem hampered his hopes of a return to action. But the Spaniard, who last tasted first team football in April against Newcastle, is set to start training next week.

Cuellar, 30, said: "I'm really close to being back. If the progress continues to go as well as it is going, I'll be back with the group (training) next week."

He added: "I'm about to start training with the rest of the team and fight for a place.

"A minor calf injury when I was doing my own pre-season style training slowed me down a bit."

The on-loan Tottenham midfielder has been sidelined with a thigh injury.

McLeish said: "We've had Jermaine on the training ground the last few days, and touch wood, he will be available for the weekend.

"We are not committing ourselves 100% to that but we could be doing with the competition."

McLeish has already admitted striker Darren Bent, is "tough and go" for the Loftus Road encounter with a groin problem which forced him to miss the Carling Cup meeting with Bolton on Tuesday.