Aston Villa v MANCHESTER CITY: Edin Dzeko to come back in to side after cup absence 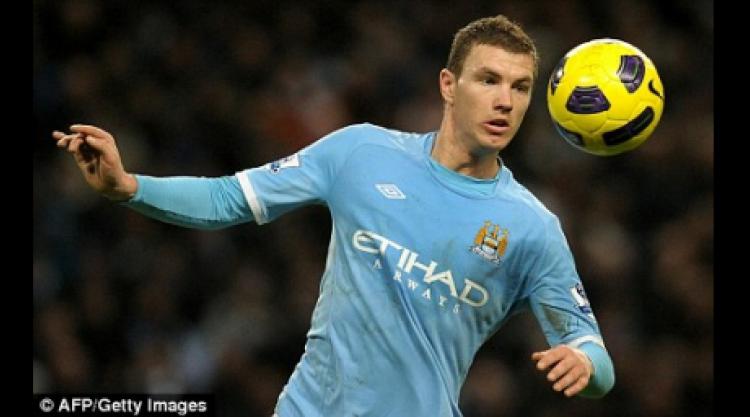 New signing Edin Dzeko is set for a recall as Manchester City look to continue their Barclays Premier League title push by winning at Aston Villa on Saturday evening.

Dzeko was ineligible for Tuesday's FA Cup triumph but seems likely to be handed an instant recall following an impressive debut against Wolves last weekend.

Good start: Dzeko made a positive impact in his debut against Wolves

Kolo Toure, Nigel de Jong and Gareth Barry are also in line to get their places back, which should help shore up an uncharacteristically leaky defence that has conceded seven times in the last three games.