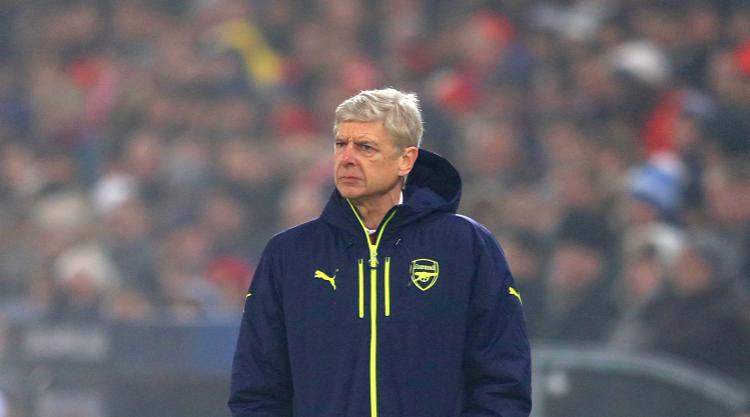 Arsene Wenger stands by the controversial comments he made over the refereeing of Arsenal's matches against West Brom and Chelsea.

The Football Association has asked Wenger to provide his observations on what he said about penalty decisions which went against the Gunners in those games over the festive period.

He also faces a separate FA charge relating to his behaviour after the 1-1 draw at the Hawthorns on New Year's Eve when defender Calum Chambers was penalised by referee Mike Dean for a handball, and has until 6pm on Friday night to respond.

Wenger insists he "doesn't know" if he will contest the charge, but is "shocked" that it has been brought against him at all.

"I maintain what I said in the press conference (after the Chelsea game) - 100 per cent. I have nothing to change in that," the Frenchman said.

"I've been in England for 21 years and I try to serve this game with honesty and integrity and when I have something to say I will say it. On that front, nothing will change, never.

"You imagine that I've been in the game for 21 years. What I've seen and heard in the corridors from people, you might understand that I'm surprised and shocked at having been charged."

Arsenal conceded another late penalty against Chelsea at the Emirates Stadium on Wednesday when Eden Hazard went down following a challenge from Hector Bellerin.

Wenger maintains his claim that the spot-kick awarded against Bellerin was "farcical", standing by the comment "100 per cent" and adding: "I respect everybody's opinion.

"I think it was a yellow card for Hazard. One hundred per cent (he dived). I have a right to have my opinion and I respect everybody's opinion."

When it was pointed out to Wenger that Jack Wilshere was accused of diving in the same match, the 68-year-old replied: "Maybe he did, but why should that change my opinion on the penalty? It has nothing to do with the penalty.

"You have your opinion and I have my opinion and I've been in the game long enough to know that everybody can have a different opinion."

Press Association Sport understands the FA's latest enquiry relates in particular to Wenger appearing to suggest in interviews before and after the Chelsea game that there may be a conspiracy against his team.

Wenger declined to expand on the comments when pressed at Friday's press conference ahead of the FA Cup third-round tie against Nottingham Forest on Sunday.

"I have nothing to add to that, I maintain what I said. We can talk and talk and spend time talking about things that aren't really important in the game," he said.

"We want to see big football games with big players on the pitch and you want them to be refereed by top-quality people. I want them to be at their top and I'm quite surprised that's shocking."