Wenger happy to wait for Fabregas 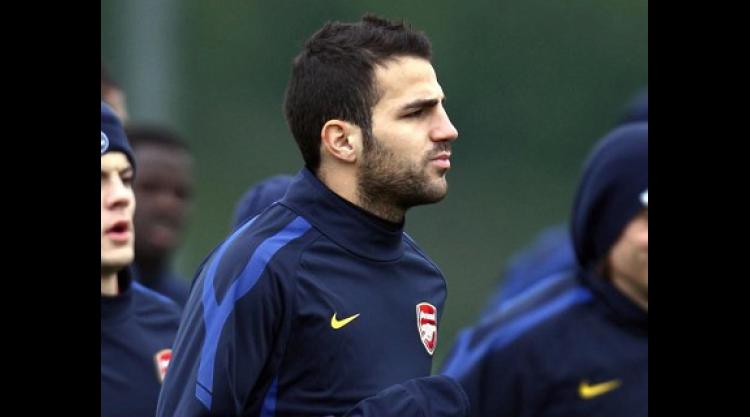 Arsenal will leave a decision on the fitness of captain Cesc Fabregas until the last possible moment as Arsene Wenger aims to keep his team top of the Barclays Premier League table after their match at title rivals Manchester United on Monday night.

The Spain midfielder limped off during the 2-0 Champions League defeat in Braga last month after suffering a fresh hamstring problem in what has been an injury-plagued campaign for the World Cup winner.

"We could have Cesc Fabregas (back), but there is a big uncertainty if he can be in the squad or not. That will be decided very late," Wenger said.

Arsenal are definitely without defender Kieran Gibbs, as the England full-back is set for three weeks on the sidelines with an ankle problem suffered in the 3-1 Champions League win over Partizan Belgrade on Wednesday night.

Wenger hopes the 21-year-old - who also suffered a metatarsal injury during November 2009 which sidelined him for the rest of the season - will soon be back in action.

"I am very disappointed (about it). I hope it will not put in his mind that he is an injured player," said Wenger.

"It was just an accident and you cannot do anything about it.

"Time will help him get over that and it is not major damage in his ankle."