Walcott ruled out for six weeks 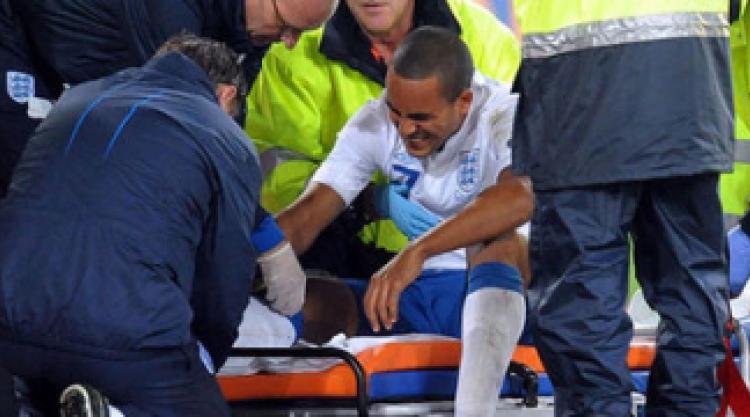 Arsenal have confirmed winger Theo Walcott will be sidelined for up to six weeks with an ankle injury he sustained playing for England.

Walcott suffered the injury during England's 3-1 win over Switzerland on Tuesday night and leaves Arsenal in the midst of an injury crisis ahead of their clash with Bolton this weekend.

Arsenal manager Arsene Wenger confirmed that Walcott, 21, would be missing for up to six weeks.

"We had some good news about the scan because at some stage we were scared it could be worse. But overall it is a question of patience and rehabilitation."

Wenger will be also be without Robin van Persie for a similar length of time but the Gunners have been boosted by the return of Samir Nasri.

He has recovered quicker than expected after knee surgery and could even be involved against Bolton.

Johan Djourou and Denilson are also available after injury while new signing Sebastien Squillaci is on standby to make his first appearance following his move from Sevilla.

Despite Walcott's lengthy spell on the sidelines, Wenger was cheered by Nasri's return.

"He could even be involved against Bolton," said Wenger.

"He has had a very good preparation and joins in training tomorrow. If needed I will integrate him in the squad for Bolton but for sure he will be back for our first Champions League game against Braga."

Aaron Ramsey is on course for a November return following the broken leg he sustained last season.

"Aaron is running," said Wenger. "He is in the normal process but he is a little bit more long term."

However, the Gunners are still without striker Nicklas Bendtner who is thought to be at least a month away from returning from a groin problem.