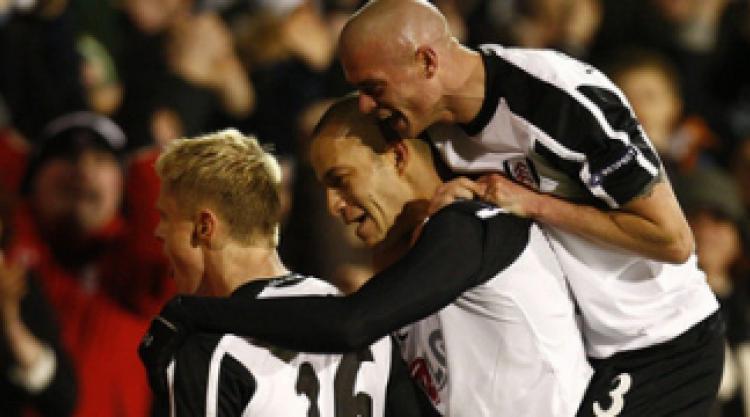 Fulham's bid to have their final game of the season at Arsenal moved forward one day has been rejected by the Premier League.

The Cottagers were keen to give themselves additional time to prepare for Wednesday's Europa League final showdown with Atletico Madrid in Hamburg.

Roy Hodgson's side booked their place in the continental showpiece after a thrilling run which has seen them overcome Shakhtar Donetsk, Juventus and Hamburg.

But their European exertions have taken their toll on Hodgson's squad, who lost their final home match of the season against Stoke City on Wednesday night.

The Cottagers were keen to have their trip across London to Emirates Stadium on Sunday brought forward 24 hours so they could have an extra day of rest before the biggest game in the club's history.

But the Premier League have turned down their request to protect the integrity of the competition and as they did not want to upset the travel plans of supporters.

Arsenal could still lose out on third place in the table if they slip up against the Cottagers with bitter North London rivals Tottenham, who travel to Burnley, waiting to pounce and secure an immediate place in the Champions League group phase.

A statement from the Premier League read: "Given it was the final day of the season, when we always play all our matches at the same time for reasons of integrity, and being mindful of the travel plans supporters will have made, the board felt it wasn't appropriate to move the Arsenal-Fulham match."