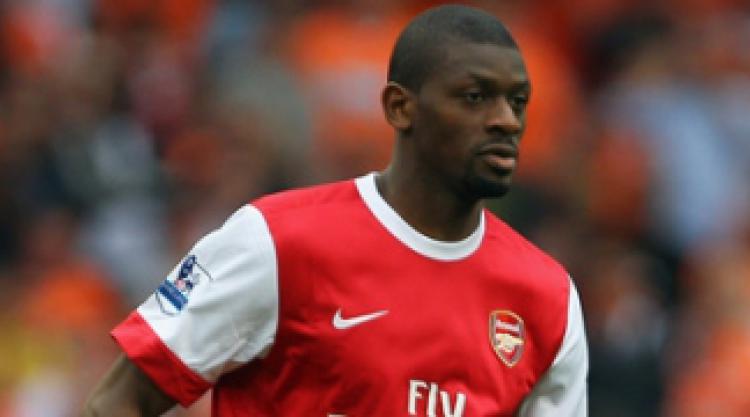 Arsenal midfielder Abou Diaby has talked up his side's chances of winning some silverware this season, saying he is 'sick of second'.

The French international has played a part in all three of the Gunners' matches so far this campaign, having won two since drawing against Liverpool at Anfield on the opening weekend.

Arsenal showed their attacking talents in their 6-0 mauling of Blackpool, in which Diaby scored, as well as a resolute streak to win 2-1 against Blackburn at Ewood Park on Saturday.

But despite the North London club so often coming up short in their battle for major trophies, having not won one since the FA Cup in 2005, Diaby believes that this could be the year they break the cycle.

"Each season, it is the same scenario. All season long, we produce nice football," Diaby told France Football.

"But at a certain time, we can't win the match that would change everything.

"Now, I am convinced we can win the title, even a major title. We won't be satisfied with the never-ending image of second each season, believe me."