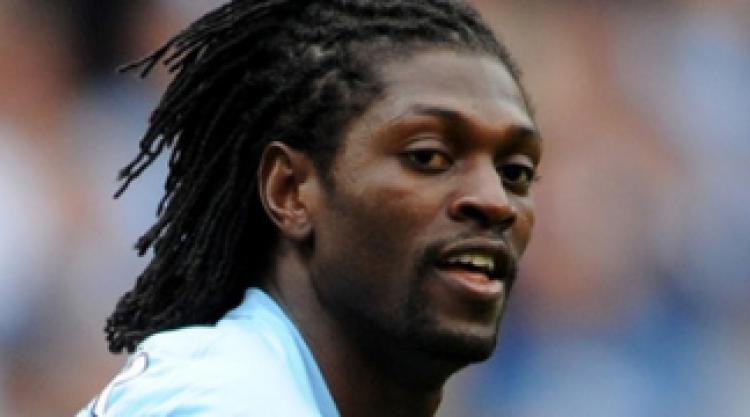 Emmanuel Adebayor has aimed a fresh jibe at his former employers Arsenal by claiming that Manchester City are a 'bigger club'.

The 26-year-old striker believes the Eastlands outfit will leave Arsene Wenger's young side trailing in their wake this season.

The Togo forward has struggled to make an impact at the City of Manchester stadium this season with Roberto Mancini opting to start with Carlos Tevez in a lone attack.

Adebayor looked like he was heading for the exit door during the summer transfer window after City signed Mario Balotelli from Inter Milan.

The striker believes that with the calibre of players on show at Eastlands, Manchester City are a bigger club than Arsenal with Adebayor admitting: "Yeah, it does feel like that."

"With the great new players we've got we have a wonderful chance to make history.

"But it's all about results.

"If we can win ten games in a row, people will class Manchester City as bigger than Arsenal."